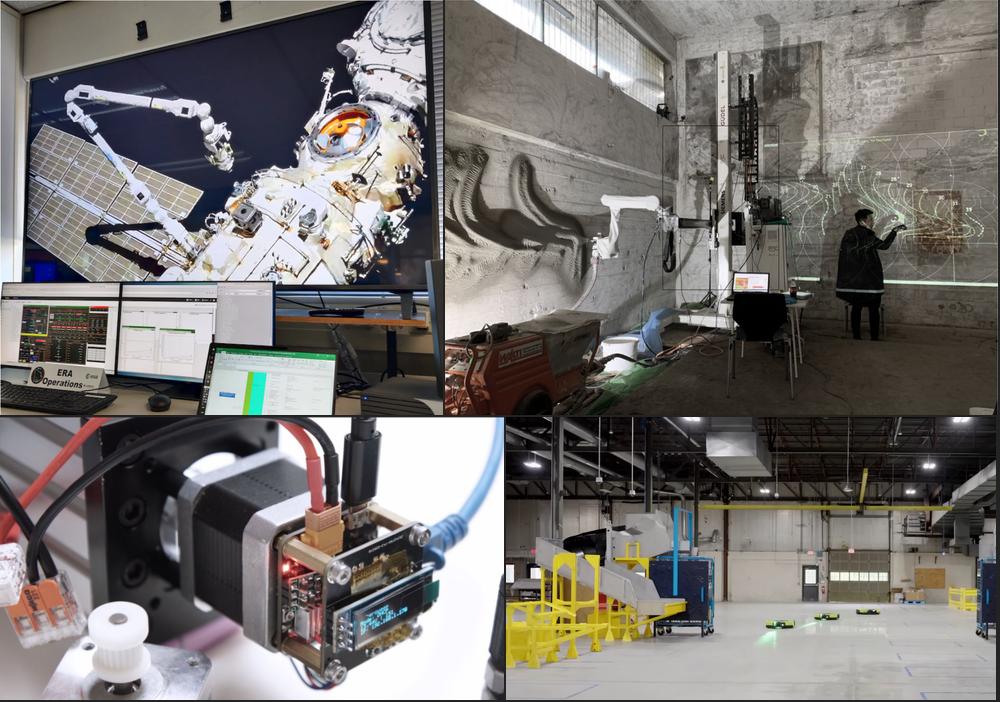 Today, I’m excited to announce that AMD Xilinx is an annual sponsor of Weekly Robotics! I’m looking forward to this cooperation and the chance to bring things to the next level! As we wait for Artemis to take off, I found the idea shown in this xkcd hilarious. I hope that the next astronaut that lands on the moon will use this quote. As usual, the publication of the week section is manned by Rodrigo.

Víctor Mayoral Vilches put together a list of robot companies using ROS 1 and ROS 2. If your company uses any of these versions, you will want to make a Pull Request!

A new revision of the C standard has been agreed on! This video by Jason Turner features some features that might affect you if you are a C++ developer. For a broader overview of what’s coming, you might want to check out this blog post. I have to say that I love the idea of the #embed instruction.

The Story Behind Precision Autonomy

In this lightning talk, John Enright takes an in-depth look at some design thinking behind building collaborative ground vehicles. Watching the video, there are two interesting takeaways for me; the usage of fiducial plus tags for precise localization and developing algorithms offline, using raw sensor data.

One Small Step for a Robot

ERA (European Robotic Arm), a new robot arm onboard ISS, was recently tested by moving a payload around. The manipulator is 11m long and can manipulate loads weighing up to eight tonnes with a 5mm accuracy.

Ethersweep is a stack of PCBs you can mount on a NEMA17 stepper to make it controllable via ethernet. You can learn more about this project through this YouTube video.

Researchers from the Institute of Technology in Architecture at ETH Zurich have created a robot that can spray plaster, creating 2D and 3D formations. In this work, the user uses augmented reality to create path profiles for the robot to execute when applying the material. The solution uses a total station for localization and a UR10 robot arm mounted on a 2-DoF tower to increase reach. To learn more about this work, check out this keynote by Daniela Mitterberger.

We often show how robotic applications have plenty of capacity to help us with several activities. This paper shows how Unmanned Aerial Vehicles (UAVs) were valuable when helping with the flood disaster in Erftstadt / Blessem that happened in July 2021. They used a RobLW, which comprises a vehicle with the capacity to store both UAVs and ground robots. The RobLW serves as an operations room to monitor and control the robots. They equipped the UAVs with 360 cameras in single and stereo configurations. After the flights around the affected regions, much information was generated, including orthophotos, 3D models, and depth profiles. In particular, the last one was key to understanding changes in the water level and helped the decision-making of the responsible authorities.

“The Federal Trade Commission (FTC) has officially started an antitrust investigation into Amazon’s plans to acquire robot vacuum maker iRobot for $1.7 billion. Politico reports the FTC is investigating a number of potential issues”.

“Flyability funding got a major boost this week as the company celebrated a 15 million Swiss Franc (CHF) Series C funding round, augmenting their previous CHF 7 million”.