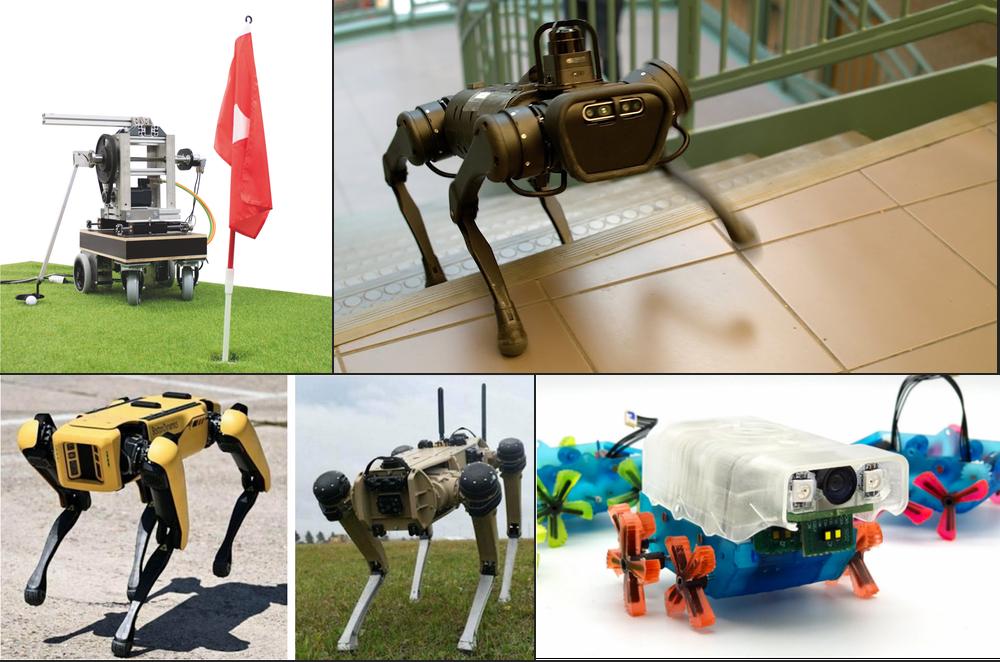 In January, I’ll be closing the Weekly Robotics shop. Next year, I would like to focus on content and newsletter more, and I’ll bring back shop only if I have an idea of how to run it. If you want the “I make robots” t-shirts, you have until December to get one until further notice. As usual, the publication of the week section is manned by Rodrigo. Last week’s most clicked link was the autonomous charging station from NIBIO, with 11.1% opens.

Register today to this webinar

NVIDIA® Isaac ROS is a collection of hardware accelerated packages that make it easier for ROS 2 developers to build high-performance robotics solutions. In this second Isaac ROS webinar by Asawaree Bhide on Dec 1, you’ll learn about the NVIDIA Isaac ROS DNN Inference pipeline and how to use your own models with a YOLOv5 example.

This is quite an interesting one. The researchers have made a quadruped walk down the stairs using a vision system, but instead of pipelines for planning or mapping that you would typically expect, the vision system outputs commands directly to the motors. For some reason, this feature reminded me about the most efficient way for quadrupeds to go down the stairs.

Last month, I checked back PythonRobotics, a collection of Python code snippets with robotics algorithms done by Atsushi Sakai. Compared to issue #2, when I first mentioned the project, the author added many algorithms and visualizations. Thanks, Atsushi!

Foundation of Robotics is an open-access introductory book to robotics. From what I’ve seen, when introducing mathematical concepts, the authors use coding examples in Python utilizing Numpy. I appreciate this move, as it should make it possible to learn maths and how to express it in code simultaneously.

Improving Simulation Interoperability and Domain Randomization with MuJoCo and DeepMind

Open Robotics released the sdformat-mjcf library that allows translating SDF files describing robots and worlds to MJCF, making it easy to switch between MuJoCo and Gazebo during development.

Joey mini-robot designed to search its way through sewage pipes

Joey is a 70 g (2.5 oz) simple robot with ‘wheel-legs’ meant to be used for pipe inspection. You can find a paper describing the work in more detail here.

I’ve missed quite a bit of space news recently, so I am summarizing some headlines for anyone who might have missed some highlights.

First of all, Artemis I had a successful launch, meaning we are on track to return to the moon.

On the 17th of November, the LightSail 2 spacecraft reentered atmosphere, wrapping up a 3.5-year mission that proved that light can propel objects in space.

At the beginning of the month, China completed the Tiangong space station.

Canada is getting ready to send a rover to the moon in 2026.

This research caught my attention the other day. This research builds upon the Wheel-INS project, where the same team proposed mounting IMU on a wheel to limit long-term drift. Extending the previous work, the researchers can now use the roll change in the car when banking to close the loop while localizing. The final results across five different runs in a car show much better performance than the previous approach, with position RMSE being halved compared to Wheel-INS.

Following the Robotic Wheelchair Tennis in issue 218. This article presents an autonomous golf putting robot in a human-scale form that leverages a neural network to get a successful hole-in-one. A Microsoft Kinect v2 3D camera on the ceiling detects objects and terrain information. Then, the robot stroke arm executes the optimal stroke velocity vector generated by the neural network in combination with physics-based methods. If the ball does not hit the hole, the robot has a wheeled base to move to the new starting point and try to strike the hole again.

I’m not a lawyer, so I might be misreading patent applications, but is the patent ‘648 about standing up by trying to move one leg after another if needed to be in a stable position? Just like something that animals of all shapes and sizes do in nature since forever? I can’t shake the feeling that the industry would go stale if every company started making broad patents and acting on them. I’ll be looking forward to how this plays out.

“Soft Robotics brought in $26 million in the first closing of its Series C funding round. This brings the robotic picking company’s total funding to $86 million, according to Crunchbase”.