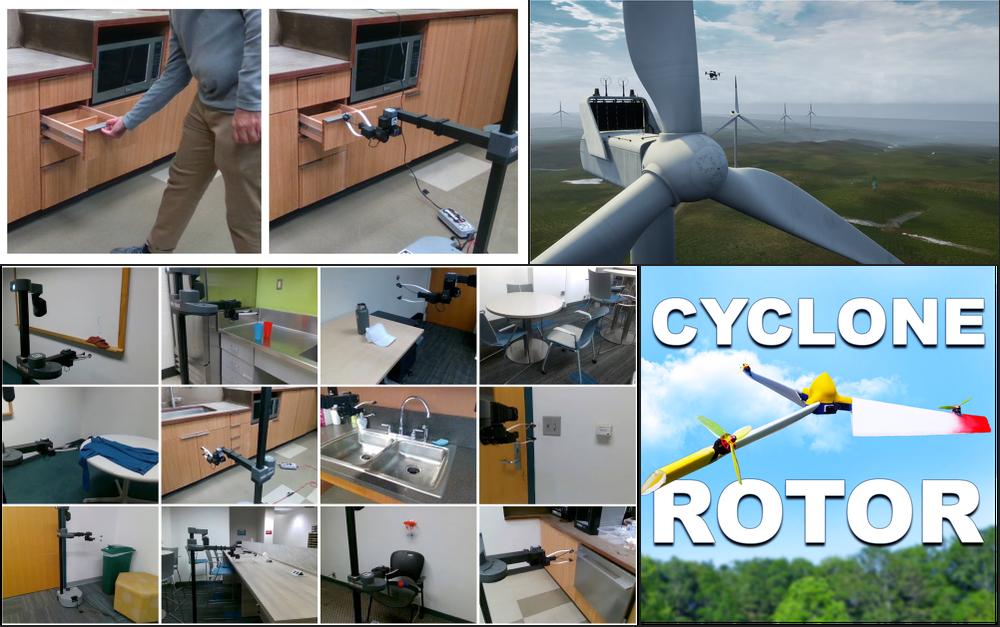 This video of someone trying to play basketball on a stand-on multirotor made me think a lot about safety, and how easy it can be to disregard. I never thought I would be too welcoming of safety regulations, but with devices like this, it is a severe accident waiting to happen. The same goes for attaching machine guns to quadrupeds.

On a lighter note, we have partnered with the Commercial UAV Expo as a media sponsor, and we can share some event passes with the readers. You will find more information about the event in the Announcement section. If you would like a chance to get a free pass, fill in this form. We will not share any provided data with anyone. As usual, the publication of the week section is manned by Rodrigo. Last week’s most clicked link was the Foxglove ad, with 10.6% opens.

Huge thanks to all of the Weekly Robotics supporters helping this project through Patreon.

Not cool! Someone at Moscow Chess Open did not take safety seriously and deployed a chess-playing robot arm that proceeded to break a kid’s finger. According to the article, the player moved the piece when he was not supposed to, leading to the robot throwing a fit. I believe the only people to blame here are the system designers who did not use the right platform for the job and did not appropriately consider safety.

Microsoft is launching Project AirSim, a commercial platform for drone simulation and AI training. If the name rings the bell, you probably came across the open-source AirSim, which, sadly, will be superseded with this new development. If there is a serious effort to keep this project alive, we will be sure to report it.

Provided link shows an exciting tri-copter design with wings that can spin while hovering. Thanks to the attached wings, the hover efficiency is tripled compared to a no-wing platform. The featured video is very informative. I highly recommend checking it out, and I’ll be looking forward to watching the follow-up video.

Someone is eager to keep ROS1 functioning beyond 2025 Noetic end of life by creating ROS1 Obese. My take on this: ROS require not-insignificant infrastructure to offer minimum setup hurdles. If the infrastructure isn’t there, this project will be a harder sell, but some companies will give this a go if they can’t timely switch to ROS2.

Here is a very cool application of the Stretch robot. WHIRL (In-the-Wild Human Imitating Robot Learning) allows the robot to learn from a video of a human performing a task. As per the project’s website, the Researchers have taught the robot to perform 20 different functions.

In this blog post, Lukasz Barczyk looks at debugging embedded applications with JTAG and provides some background information on this standard.

If you find agricultural robots curious or want to stay tuned with them, this paper will contemplate you with a review of robotics harvesting systems. Automated crop harvesting imposes significant challenges due to its unstructured nature, and tasks for identifying the targets and then picking each one up can be demanding. The authors evaluate each robot system by crop and list many research projects alongside commercial products. They also comment on a late demand to adjust crop cultivation to better fit robotics systems, with one of the cited examples being a robot on rails to move towards shorter crop cultivations.

“JAKA Robotics has raised $150 million in Series D funding. This follows a $50 million Series C funding round earlier in 2021. JAKA plans to use the Series D funding to further support globalization of the company and the research and development of its collaborative robot arm”.

AI Image of the Week