Welcome to this massive special edition of the newsletter that covers what I think are the highlights that happened in robotics in 2020, as well as some of the projects or news that we’ve featured this year. I recommend you grab a cup of a hot beverage of your choice, get comfortable and enjoy the read! 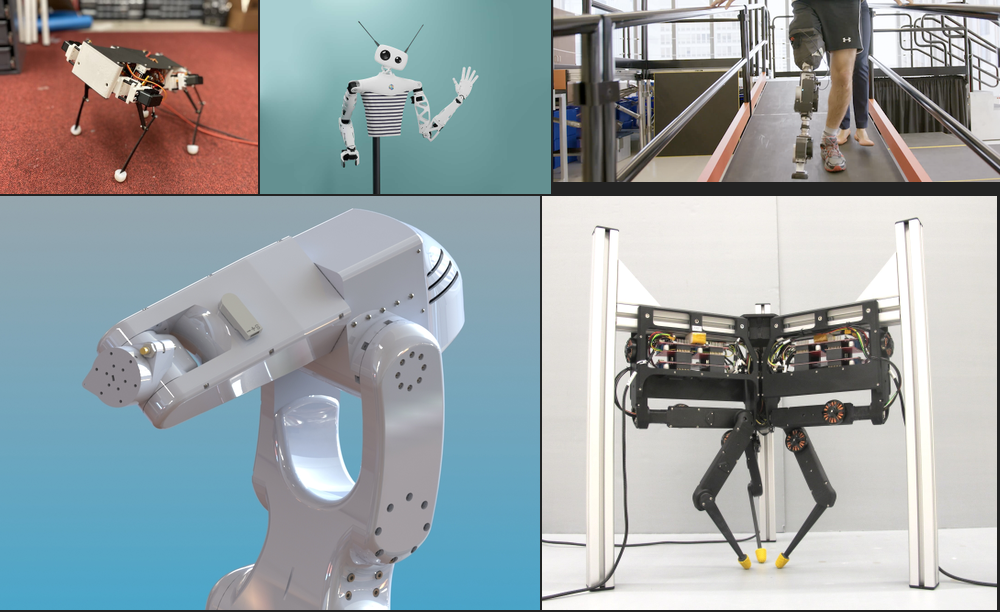 An open-source robotic torso with the cutest head unit I’ve ever seen.

Faze4 is a small, fully 3d printable Open source 6 axis robotic arm. It is functionally and esthetically similar to robotic arms in industry but is aimed for research, education and anyone interested in making his own robot arm. You can see the arm in action here.

WireViz is a tool for easily documenting cables, wiring harnesses and connector pinouts. It takes plain text, YAML-formatted files as input and produces beautiful graphical output (SVG, PNG, …) thanks to GraphViz. It handles automatic BOM (Bill of Materials) creation and has a lot of extra features.

An Open Torque-Controlled Modular Robot Architecture for Legged Locomotion Research. The goal of the project is to develop an actuator that can be reused for making various robotic platforms that you can find in the project repository

An open-source actuated leg prosthesis aimed at researchers. The part cost of a single unit is around $28.5k, over half of it in machined parts.

Pupper is an inexpensive ($600-$900) open-source quadruped robot that’s pretty damn cute. The brains of the robot is a Raspberry Pi running custom software.

The draft of a fastai book available for free on GitHub (be sure to check the licence though) as jupyter notebooks. These notes are used by Jeremy Howard in this $2k course and are the basis of this O’Reilly book.

Even though this course was released in 2013-2014 I came across it in 2020. It looks like a good resource for learning SLAM with Python source code examples available.

A set of recipes from Microsoft for working with vision systems delivered as a set of jupyter notebooks.

Pulling Power from the Sky: The Story of Makani

One of the most interesting movies I have seen this year. This documentary shows the story of Makani, a startup that was working on kites for electricity generation for 13 years. You will love this documentary if you are into drones and very challenging technical projects. 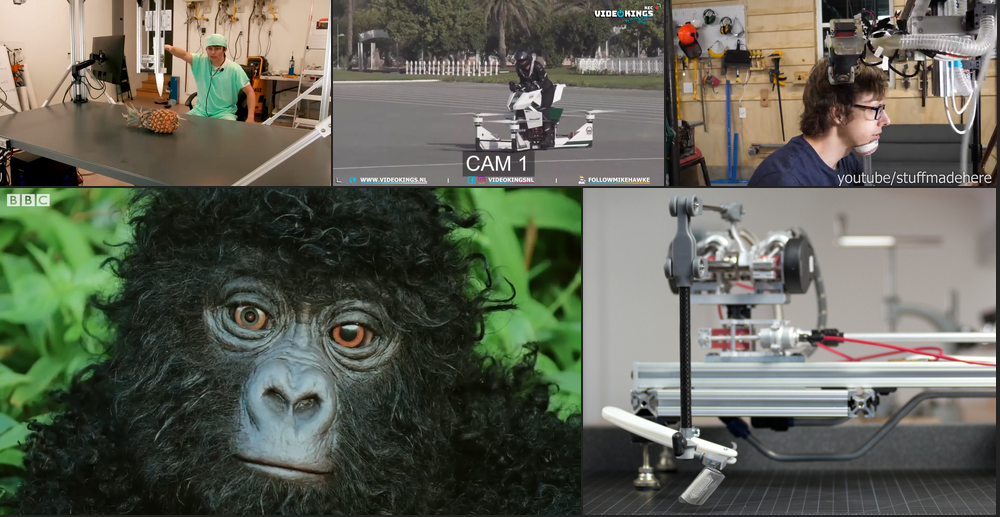 In June we’ve learned about the Hoverbike crash in Dubai. Having spinning blades with no protection so close to humans sounds very irresponsible. Luckily the pilot was not heavily injured.

If you’ve ever wondered how would gorillas react to an animatronic gorilla then this video will answer some of your questions. During my interview with Prof. Auke Ijspeert, we briefly talked about their project with BBC Spy in The Wild where they worked on a robotic crocodile.

I Built A Surgery Robot (NSFW)

Shane from Stuff Made Here, had built a hair-cutting robot (v2 version available here). There is a surprising level of complexity involved in these projects and lots of tuning required.

John Peter Whitney is working on fluidic actuators that use tubes containing fluids to transmit forces from the primary to the secondary robot, allowing either compliance or force feedback depending on the compressibility of the fluid. In the article, you will find the video of John being shaved by the robot operated by a professional barber. The shaving starts at 27:30. 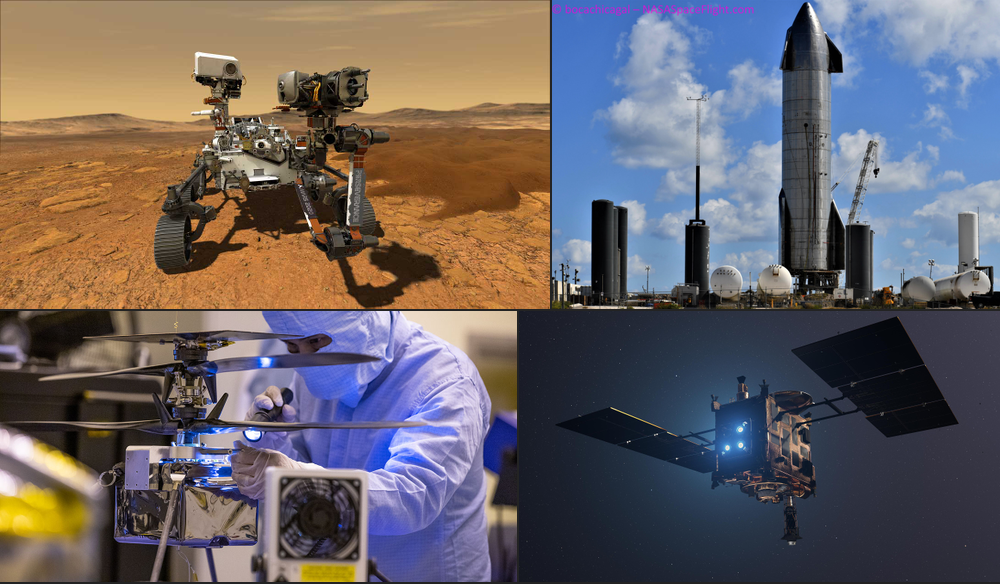 In July Perseverance, a helicopter carrying Mars rover was launched from Cape Canaveral. The robot is scheduled to arrive on the red planet in February this year. Here is a neat video showing how the landing will look like for the rover.

Back in December, a Starship high altitude test was successful. There is still some work to be done by SpaceX to nail the landing but the progress is thrilling!

JAXA’s asteroid sampling mission successful wrapped up sample delivery to Earth. The interesting thing about this mission was the hopping MASCOT rovers.

In 2018 Rodney Brooks made some predictions on the state of self-driving cars, AI, machine learning and space industry. Every year he revisits his predictions and comments on them, resulting in an insightful read.

A very good article by Kyle Vogt, a Co-Founder of Cruise, a self driving company, on disengagements that occur when a user takes over control of an autonomous car.

Very solid advice on field testing robots from Timothy Barfoot, an autonomous space robotics researcher and associate professor at the University of Toronto. I’ve never heard of waterproof notebooks before!

Build A Rover, Send It To The Moon, Sell The Movie Rights: 30 Years of iRobot

I highly recommend this article to by Colin Angle, a CEO of iRobot, to all robotics entrepreneurs. I found the idea of “Asymmetric Strategic Partnership” an interesting approach to building a robotics company. I also like the story about the 14 failed business models that got iRobot to where they are today.

Interesting insights on participating in DARPA Subterranean Challenge. The article features an image gallery with the robots used (as expected lots of ducktape is involved) and descriptions of various problems and issues that teams faced during the challenge.

Here is an interesting article from Geoffrey L. Barrows that describes how he approached integrating obstacle avoidance on an RC plane in 2003.

Imagine approaching a 6.5M pounds (2,950,000 kg) steel barrel carrying 203,400 gallons (770,000 litres) of explosives that is ready to be launched into space just to replace one component. I can see why safety helmets wouldn’t feel like they improve your safety in any way!

A very thoughtful and well-written piece by Joe Jones, who developed Roomba (or DustPuppy). I’ve really liked the explanation of how difficult odometry was to pull off 20 years ago and how it would add $1k cost to the platform and I found the “three principles the team followed while developing Roomba” very refreshing.

The robot revolution has arrived

David Berreby describes the current state of the art in robotics all around the world, mentioning robotics applications in construction, agriculture, commerce and more!

So you want to build an embedded Linux system?

Jay is very thorough when explaining why you should/shouldn’t use a processor instead of a microcontroller. I think this post might be relevant for anyone looking into using embedded Linux in their projects. I bet you will also like Jay’s attitude: “Continue working on your projects, but never be afraid to roll up your sleeves and commit to some quality practice time!”.

If you are reading this newsletter chances are you already have a good knowledge of mechanics but I would still recommend checking out this blog post by Bartosz Ciechanowski. What I especially like about this piece are the interactive animations and a clear design of the website. 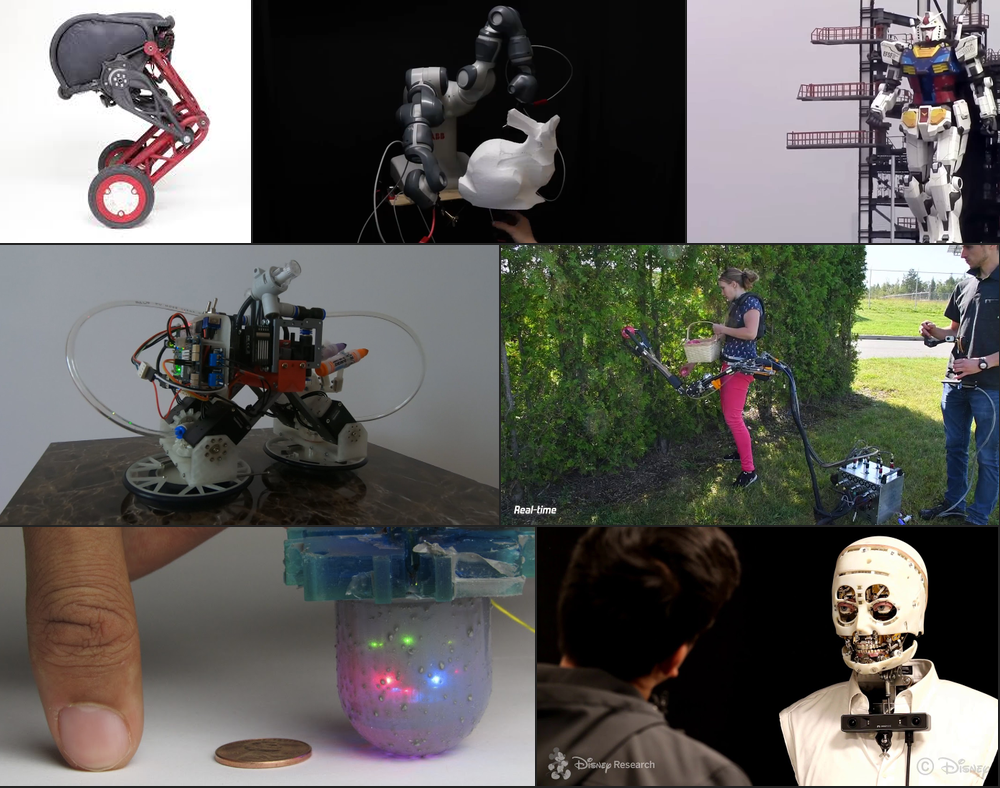 Japan Is Building a Giant Gundam Robot That Can Walk

In January 2020 it was announced that a team in Japan started working on 18 meter tall humanoid robot. This video shows some test movements of this massive build and if you wanted to check it out in simulation then this GitHub repository contains some ROS packages you can test.

ABB YuMi sounds like a perfect platform for an application like this (if you don’t know hot wire cutting - it’s when you pass current through a wire to heat it up and then use it to cut polystyrene foam - good stuff for your fixed wing airframes!). This work has been performed by researchers at ETH Zurich, you can find a PDF with their paper here.

ASCENTO 2 is a balancing robot with actuated legs.

How realistic can an animatronic gaze be? It turns out it can be uncannily realistic. For more information about this research, you can check out Disney Research website.

Naminukas is an ultimate indoor robot which can explore almost any part of the house including climbing on walls, ceiling and furniture. Robot is able to transform to either a bipedal walking robot which can hold on any hard flat surface with vacuum suction cups or a two wheel balancing robot which can drive on soft and porous surfaces like a carpet.

OmniTact is a multi-directional high-resolution tactile sensor that is designed to be used as a fingertip for robotic manipulation with robotic hands, and uses multiple micro-cameras to detect multi-directional deformations of a gel-based skin.

“My PhD at MIT Media Lab has been the design and build of a next generation powered prosthesis. The bionic ankle, named TF8, was designed to provide biologically equivalent power and range of motion for plantarflexion-dorsiflexion. This video shows the process of going from a blank sheet of paper to people walking on it. Shown are three different people wearing the robot. About a dozen people have since been able to test the hardware”.

Here is an interesting 3 DoF robotic arm that can be attached to a person’s waist.

Back in June Boston Dynamics started offering Spot for $74,500, and in December Hyundai had purchased a controlling stake in the company for approximately $1 Billion. Boston Dynamics had finished the year by blowing everyone’s socks off and publishing the video with their robots dancing to “Do You Love Me” by The Contours.

The End of Starsky Robotics

Starsky Robotics shutting down was unexpected given the company was demoing fully driverless trucks on the road. The linked article provides interesting insights into the hardships in developing safety-critical AI-based projects.

Around the beginning of November, Bossa Nova terminated a contract with Bossa Nova for their shelf-scanning robots. According to the linked article, Walmart has found simpler and cheaper solutions for managing the store’s stock.

According to Reveal, Amazon’s warehouses where the robots were introduced showed a 50% higher rate of injury than other warehouses between 2016 and 2019. You can see the full report with statistics here. According to the Business Insider article, Amazon believes that the data has been misinterpreted.

How many jobs do robots really replace?

Based on the research performed by Daron Acemoglu, an economist from MIT, adding a single robot to the workforce replaces 3.3 jobs across the US on average.