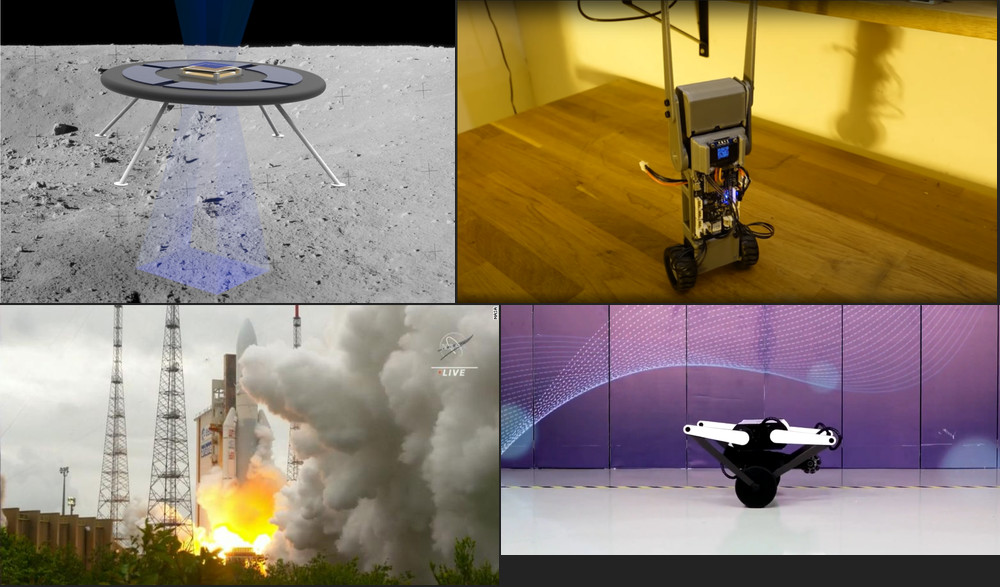 Due to the holidays and catching up on family stuff this issue comes a bit later than usual but on the other hand, we have more links than usual! A cat is out of the bag now: lately I’ve made T-shirts as a thank you to some of our long term Patreon supporters and this year’s Meetup speakers. Many thanks to all of you for enjoying this newsletter, now, if you excuse me, I have a special summary to prepare for the next week’s issue. See you then! As usual, the publication of the week section is manned by Rodrigo. The most clicked link last week was the write up on common misconceptions about space-grade integrated circuits with 9.6% opens.

Are we opening a new chapter in space exploration? I surely hope so! 2 days ago James Webb telescope was launched onboard Ariane 5 rocket. It will take the telescope around 30 days to arrive in the target L2 orbit. You can see the status of the mission on this page. There is also a relevant XKCD for this launch.

A Self Righting Balancing Robot Configured The Easy Way

Here is a neat and simple balancing robot built using Dynamixel Servos, ESP32 and BNO055. You can find the repository with the project on GitHub.

“Open3D is an open-source library that supports rapid development of software that deals with 3D data. The Open3D frontend exposes a set of carefully selected data structures and algorithms in both C++ and Python”. The latest release included visualization of point cloud semantic segmentation. This library has now been added to the awesome Weekly Robotics list!

Tencent Robotics had built this wheeled bipedal robot that also contains an interesting tail-like actuator that helps it with balancing and performing flips. Huge thanks to Adrian for sharing this project in the WR Slack channel.

Researchers from UZH RPG have created a method for creating more accurate dense optical flow from event cameras and in the process published a new dataset with high quality synchronized data.

CNET took a peek at Toyota Research Institute Lab in Silicon Valley. I appreciate how much space for testing seems to be in the lab, often replicating target environments for these robots. It also seems that the open-source Punyo soft grippers are extensively used by TRI. Good stuff!

Some YouTube Makers organized a secret Santa that I think some of you might enjoy. The link above contains the playlist of all maker videos. Usually, they react to their gift towards the end of the video. Personally, the project I liked the most was the table from broken circuit boards by Xyla Foxlin.

MIT engineers test an idea for a new hovering rover

This is a truly interesting idea: since the moon and asteroids have a natural charge the MIT engineers are exploring if it’s possible to create a ‘glider’ that will have the same charge and thus it will be repelled by the surface.

Publication of the Week - A Solution to the Generalized ROS Hardware IO Problem – A Generic Modbus/TCP Device Driver for PLCs, Sensors and Actuators (2021)

With the increasing efforts of the ROS-Industrial consortium and the creation of many other industrial ROS-based projects, a generalized solution to integrate physical IO with ROS has increased. This paper proposes the implementation of a generic Modbus/TCP device driver for ROS. Modbus, when compared to other protocols, has higher adoption and availability of supported hardware that makes it easier to use/integrate with ROS. The ROS driver allows you to map individual IOs as individual topics or aggregate them to higher-level custom messages.