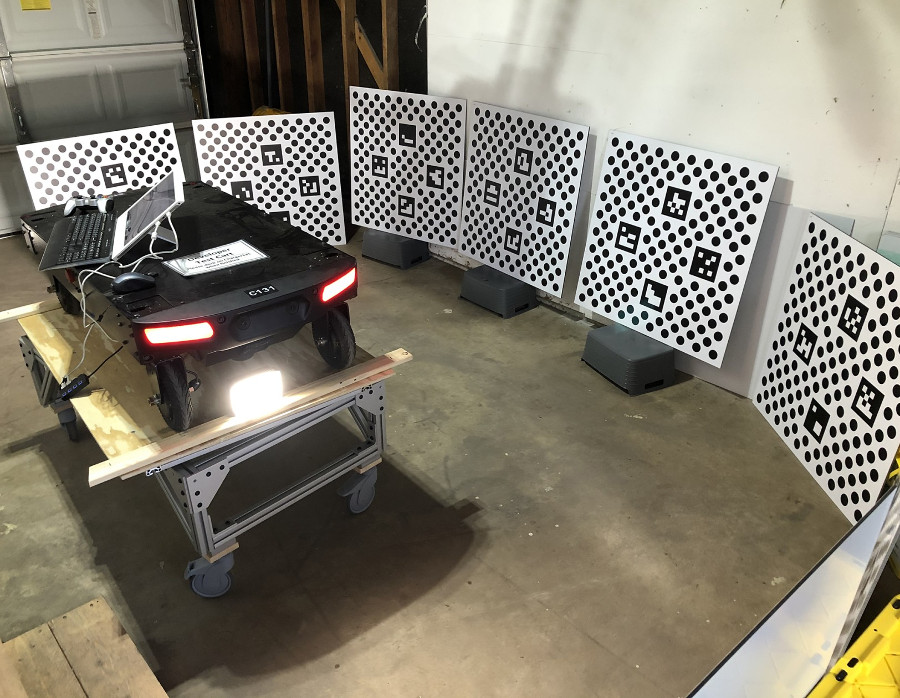 Have you seen this robot guitar that appeared in /r/robotics? Apparently it has been built by Vladimir Demin and as one of the Reddit users pointed out the Hackaday interview with him from 2012 is an inspiring read. Today’s issue is starting with an article showing how Amazon Engineers are working from home which got me thinking: how are you working from home? What does your workshop look like? If you would like to boast it a bit send me an e-mail and show it to others reading this newsletter! The most clicked last week was Michael Ferguson’s take on 5 things ROS2 still needs for wider adoption with 17.4% opens.

It looks like Amazon Robotics Engineers are managing just fine during the pandemic, making the robots they are working on parts of their families. Looking at the pictures and videos in the article I’m realizing Garage Envy might actually be a thing. If you would like to see how other Roboticists work from home then check out this IEEE Spectrum article.

In this video, Skyentific is giving MIT Mini Cheetah motor controller a spin. Using these controllers on collaborative robots is indeed a neat idea!

“MABEL is an open source self balancing robot that is inspired by Boston Dynamics’ famous handle robot. The robot is controlled via an Arduino that handles all of the PID calculations (based off of open source YABR firmware) based on the angle received from an MPU-6050 Accelerometer/Gyro, whilst the pi manages Bluetooth and servo control, running an inverse kinematics algorithm to translate the robot legs perfectly in two axes”. The robot reminds me of Ascento.

We Tele-Operated Spot Around Golden Gate Park from 3,000 Miles Away

If you ever think of latency in Robotics then you will like this article and the video. I think the key takeaway for me is that you don’t really need a very fast refresh rate to teleoperate the robot, and if the robot also has some collision avoidance built in then it should be also relatively safe to control it. If you wanted to give Spot remote teleoperation a shot then you can request a walk on Formant website.

SpaceX stainless steel silo performed a successful hop last week. If you are interested in Starship history then I found this article by Everyday Astronaut quite insightful.

An Analysis of the LEGO City Deep Space Rocket

I came across this blog post in The Prepared newsletter last week and thought I would include it as well since we went full rocket science in this issue. If you ever wondered if a LEGO City rocket would make it to space then this blog post will answer your questions.

NASA has a handbook on Systems Engineering that I thought would be relevant for many Robotics Companies, especially when it comes to development processes and project management.

NVIDIA is offering a free, self-paced class with NVIDIA’s Deep Learning Institute (DLI) for getting started with AI on the NVIDIA® Jetson Nano™ Developer Kit. You’ll learn how to run Python code interactively in Jupyter notebooks, view a camera feed, and build AI classification and regression projects. Upon completion of this course, an NVIDIA DLI certification is awarded.

Build your best project yet. www.nvidia.com/exploreAI

At Scaled Robotics we are rethinking the entire construction process. Our mission is to modernize construction with Robotics and Artificial Intelligence, thereby creating a manufacturing process that is lean, efficient and cost-effective.

Simbe Robotics builds automation solutions for the retail industry. Simbe’s first product, Tally, is the world’s first fully autonomous shelf auditing and analytics solution; one that provides retailers unprecedented visibility and insight into the state of merchandise in their stores.

“Join technical experts from across the robotics industry for a complimentary educational event. We’ve designed our program to help you learn best practices and the latest technology for robotics application development. Check out our schedule of sessions hosted by AWS Robotics engineers and solutions architects with guest speakers from the Open Robotics, ROS-Industrial Consortium, iRobot, and Labrador Robotics”. This online event will take place on the 18th and 19th of August.

NuttX is an Apache (formerly BSD) licensed real-time operating system (RTOS) with an emphasis on standards compliance and small footprint. First released in 2007 it is scalable from 8-bit to 32-bit microcontroller environments with APIs primarily guided by the relevant POSIX and ANSI standards. Additional APIs originate from Unix and other common RTOSes. The workshops will take place online from August 15th to 16th.