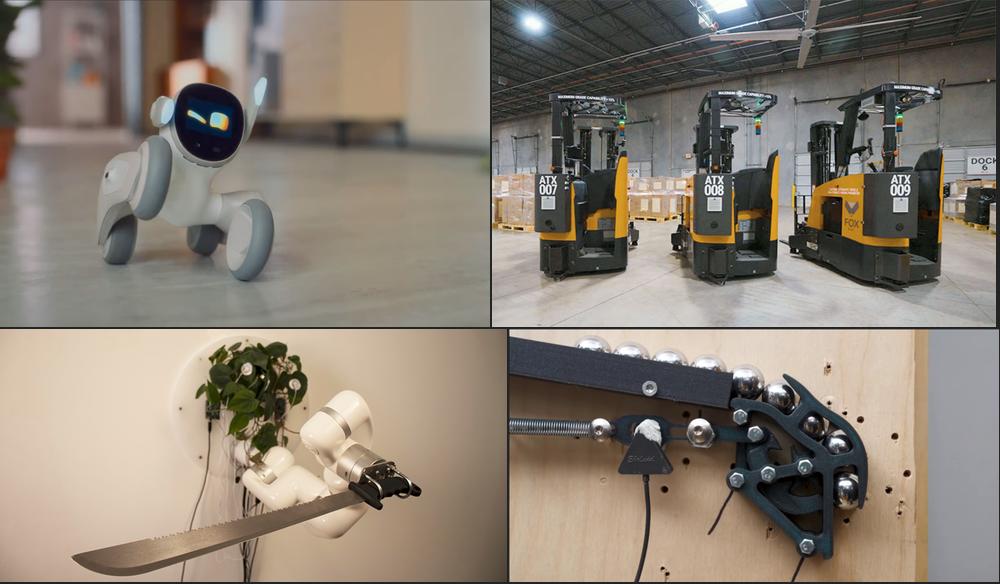 As part of my newsletter work, I also browse through robotics jobs on freelancer platforms, and lately, I’ve seen many jobs with unrealistic budgets. The two examples I have posted on Patron’s slack are a robot manipulator that is meant to draw an outline of a person’s hairline using a marker (budget $300) and a housekeeping robot that needs to pick up objects and place them in the designated cabinets (budget $700). These jobs got me thinking about how people perceive robotics, and I can see that if you watch robots doing parkour or a YouTuber making a robot haircutter you can think that, surely, it’s easy to make the robots do stuff that a three-year-old could do. As usual, the publication of the week section is manned by Rodrigo. Last week’s most clicked link was the Polymath Robotics article on recording robot data, with 9.2% opens.

The New Age of Recycling

To take recycling to the next level, we’re going to need help from…Robots. The latest episode of the Sustainably Speaking podcast explores how new and emerging technologies are revolutionizing how we recycle, helping us build a circular economy so plastic can be reused. Tune in to hear from special guest Rob Writz of AMP Robotics to learn more.

If you didn’t make it to Kyoto this year for IROS, then IEEE Spectrum has you covered with the video collection of the research that won conference awards.

I didn’t anticipate covering marble machines in this newsletter, but here we are. Martin is building marble-dropping machines to create music. In the video featured in the Hacakday article, you can learn about Martin’s process for testing the machine’s accuracy and developing a ball-dropping mechanism. In this video, you can see the first prototype of Martin’s machine playing music. A true renaissance man!

Living Plant Controls a Machete through an Industrial Robot Arm

This art installation by David Bowen equips a plant with a machete through a cobot arm and software that converts electrical signals from plant leaves into the robot’s motion.

Loona was a companion robot on Kickstarter that gathered over $1.7M in funding from close to 5,000 backers (assuming the crawled data is correct). Then, Digital Dream Labs raised a copyright dispute on the grounds of their design of the head shape, faces and eyes and graphics/animatronics and sounds associated with robot actions. Bruce Hunsaker uploaded a video, where he talks about the issue in more detail and offers his opinions on the topic. Reading opinions on DDL on Trustpilot, I have a feeling people are not too happy about the recent events.

Localization for aerial and terrestrial robots already suffers from having a good GPS signal, and underwater robots suffer even more with limitations imposed by the environment. This paper presents pseudoranging, a method that uses time-difference of arrival (TDOA) as localization and one-way communication with underwater robots. The authors equipped the robot with small and inexpensive embedded micro-electromechanical systems (MEMS) microphone that perceives the four beacons positioned on a tank. Each beacon plays an up-chirp pattern sensed by the receiver to estimate the position. You can check the code on GitHub and the IROS demonstration video.

Fox Robotics, a manufacturer of robotized forklifts, had announced a triumphant $20M rise.