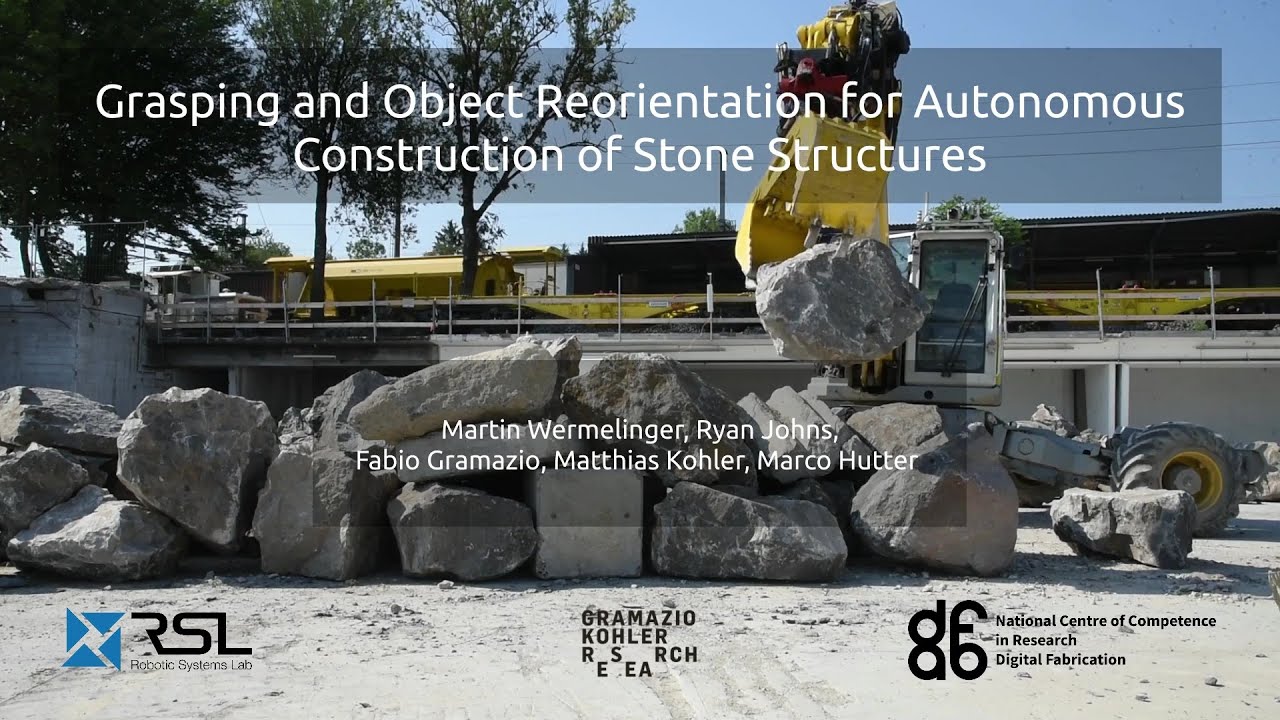 The most clicked link last week was WR Meetup with Achille Verheye about cuspidal robots with 11.8% opens. As usual in the past couple of weeks, the publication of the week section is manned by Rodrigo.

Grasping and Object Reorientation for Autonomous Construction of Stone Structures

We’ve covered HEAP, an autonomous excavator back in December. Thanks to the latest work performed by the Research Team the system is now capable of building stone walls with a grasp success rate of around 82%.

In the context of a recent building collapse in Florida, this article describes what Dr Robin Murphy thinks is the kind of robot we would need to provide some value in search and rescue. Apparently, the legged robots won’t cut it in these scenarios, as we will need something that is long and can burrow. Another issue is that for such a robot to be useful, it has to be fully proven before anyone considers using them in an emergency situation.

Robohub had summarized ICRA 2021 awards, compiling papers and videos into a single article.

Not cool! On June 14th in Shanghai apparently, some drones malfunctioned during a light show, falling down and presumably injuring some people. I wonder what could be the source of the issue.

Softbank Robotics Europe, which is focusing on Nao and Pepper robots is significantly reducing their workforce. According to the anonymous source cited in the article, the market for both of these humanoid robots was smaller than the company expected. Is this yet another proof that selling user-facing robots is difficult?

FarmBot is an open source CNC robot for your garden that I don’t think I’ve shared before in the newsletter. Both hardware and software of this robot is open. Thanks, FarmBot!

Publication of the Week - RI Seminar: Sarjoun Skaff: Yes, That’s a Robot in Your Grocery Store. Now what? (2020)

In this week’s publication of the week, Sarjoun Skaff, CEO of Bossa Nova Robotics, presents a CMU seminar talking about his trajectory and the major challenges with the development of an autonomous retail store robot. Their robot is equipped with over 15 cameras and sensors that are capable of seeing the back of every shelf and read content with high resolution to check for out-of-stock products and other metrics. Even with 5+ years of development, Sarjoun shows some of the future challenges that Bossa Nova has, such as, using multiple robots, collaborative and autonomous mapping, navigating in crowd spaces, and many more.