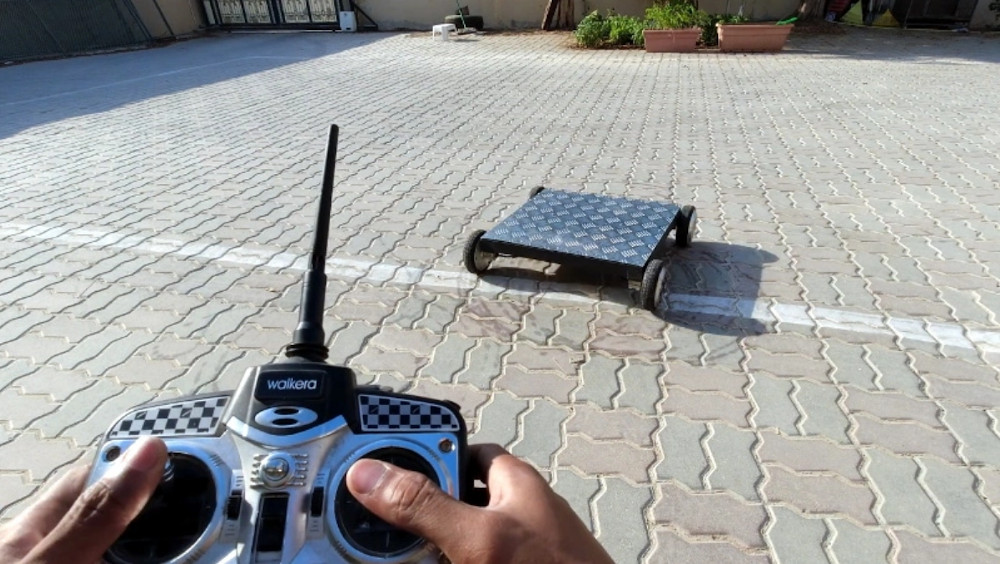 Another week, another Weekly Robotics issue! This time it might be slightly thineer than you are used to. Slimmer newsletter issues might be a thing for couple more weeks as I’m tuning my working hours and other commitments. In the mean time let’s start by taking a look at a robot that you would not like anywhere near your shins. The most clicked link last week was the video R/C Ground Effect Vehicle with LiDAR Altitude Control with 11.8% opens. As usual in the past couple of weeks, the publication of the week section is manned by Rodrigo.

A neat build from MakerMan, who took apart two hoverboards, and put them together into a heavy-duty rover that I would nickname ‘shin breaker. Interestingly, this rover can pull a whole car.

How Disney Imagineering Crammed a Humanoid Robot Into a Groot Suit

You might remember Disney’s project Kiwi from two weeks ago. This short intro and an interview with Scott LaValley, who is leading the project.

I just came across Lingkang’s Yuki Mini’s quadruped project (check out the final video at the end of the page) and was impressed with the results. Then I looked at his portfolio and was even more impressed about all the robots he had built over time.

Robots are animals, not humans

An interesting article from Kate Darling, author of The New Breed: What Our History with Animals Reveals about Our Future with Robots. Kate’s thesis is that we instinctively compare robots capabilities to our own, but instead we could compare them to animals.

The best projects from 10 years of Applied Science

I did not know this YouTube Channel before but found this reflection on 10 years of running it interesting. If you are into some high tech DIY and you didn’t know Applied Science then I think you will enjoy this video.

This seminar presented by Avik De, CTO of Ghost Robotics, talks about his experience designing and building robots ranging from 100mg to over 40 kg. Even though these robots differ a lot, there are several fundamental common constraints such as power, force, and computation. It’s interesting to see all considerations that were taken to design transmissions and control of RoboBee (10mg robot), and some of them were also used on the dog-scale quadruped robots at Ghost Robotics.

“As we plan for the rest of the content of this year’s ROSCon, we want to do our best to see that the event aligns well with the community’s expectations and desires. To that end, we’ve put together a relatively-quick survey”

Self-driving cars are expected to make a big impact on our daily lives within a couple of years. However, first, we should solve the most interesting Artificial Intelligence (AI) problem of this century: perception. We will look at the problem of perception for autonomous vehicles, the sensors which are used to solve this problem, and the methods which are currently state of the art. We will also take a look at the available data: a crucial thing needed to teach machines about the world. See you this Thursday at 7 PM CEST!